Quite a cute competition, competitive race/dance, between Greed and Science (previous post) coming to head, approaching the finals…… (cute – but for the untimely dead this last half century – collateral damage). Strangely, the science of ‘spirit’ (the bridge, the balance) did not make the race.

I wrongly assumed we left the dark ages long ago!

How corporate megamergers are crushing US workers and consumers

Every single mainstream media has the following narrative for the economic crisis in Greece: the government spent too much money and went broke; the generous banks gave them money, but Greece still can’t pay the bills because it mismanaged the money that was given. It sounds quite reasonable, right?

Except that it is a big fat lie … It was the banks that wrecked the country so oligarchs and international corporations could benefit…… not only about Greece, but about other European countries such as Spain, Portugal, Italy and Ireland who are all experiencing various degrees of austerity. It was also the same big, fat lie that was used by banks and corporations to exploit many Latin American, Asian and African countries for many decades.

A toast to your health!!!

Unbelievably fantastic wonders of modern medicine and health ‘promise’ to our children and future generations. Four to six million dollars per treatment. Imagine 70 million (one percenters) (worldwide) people will be able to enjoy (afford) good health, while the other 6.9 BILLION, 6930000000, can go to hell. (???)  Something smells like “Al Capone without the machine guns freedumb” here. Obedience, Obey sheeples, as Stanley Milgram demonstrated in his dramatic psychological experiment.

Removing leukemia from an infant girl in London is the first example of gene-editing techniques successfully used in human cancer treatment. 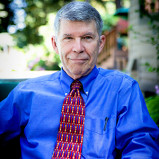 Is it possible that evolutionary theory can explain how the U.S. came to have the highest levels of child poverty and economic inequality of any developed nation? I think it can. It also can help us evolve a more nurturing form of capitalism, one in which people are more caring and productive, and they place greater value on the wellbeing of every member of society.

We certainly have room for improvement. The U.S. has one the highest rates of child poverty among economically developed countries and it is harming our children. Families living in poverty have more conflict, which leads to childhood aggression and all of the social and academic failures that result from being aggressive.1 When you are raised in poverty, it produces life-long changes in your physiology, which increases your chances of diabetes and death from heart attacks and strokes. Even if you escaped from poverty as an adult, you would have a 20 to 40% higher risk of developing heart disease.2

Imagine an economy in which life is valued more than money and power resides with ordinary people who care about one another, their community, and their natural environment. Welcome to the New Economy. It is possible. Millions of people are living it into being. Our common future hangs in the balance. … more

“…..where have all the profits gone, nothing left but space debris….”

In an Impossible, Nonexistent Universe, far far away, devoid of any intelligence/order…. a question was raised about a faltering, disappearing economy:

Gee Whiz, how come the 1%, that now owns half of the world’s wealth, cannot buy 7 billion gallons of milk, 70 billion pounds of meat, 14 billion cars, 1 trillion pens, pencils, paper, etc., …… for each of their 1%er families per week? (as the other 99% of the world’s population can no longer afford neither food nor housing to assist the economy in any way)

Inequality growing globally and in the UK, which has third most ‘ultra-high net worth individuals’, household wealth study finds 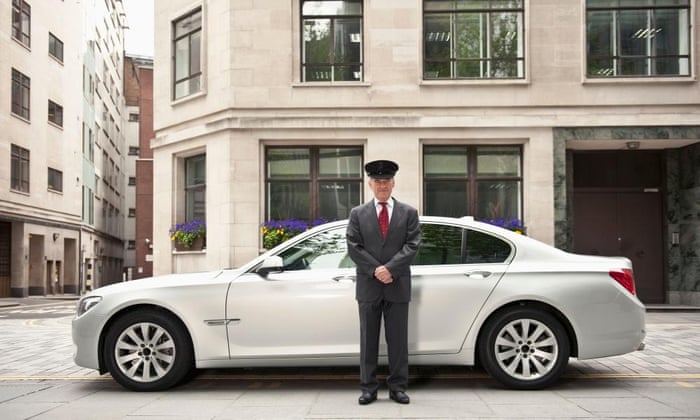 Fortune: The top 1% now owns half the world’s wealth

A ‘cancer’ primarily for suppressing timely energy evolution stages required for sustainable survival, along with the necessary common sense and growing perception of the universe we live in.

A more refined view of E=MC2 discloses Light (C) as The Radius of Curvature of All Natural Law, equating to the kinetic energy equivalent of the mass energy of matter  –  meaning if a differential of energy equal to this quantity exists between the observer and the point which he is observing, the natural laws will be suspended. If the energy differential is in excess of the quantity C, the laws will appear to operate in reverse at that point.

No one escapes the encroaching reality of cause and effect (except perhaps temporarily hiding in “virtual” mental delusion of “commercials”). Redefining, redesigning, upgrading, the QUALITY of CAUSE might be an evolutionary mandate necessary for life.

After You See These Disturbing Photos You Will Want To Recycle Everything!
It’s no secret that humanity has a sometimes pretty crappy impact on the planet. We…
HIGHERPERSPECTIVES.COM|BY HIGHER PERSPECTIVE

“Change the Story, Change the Future: A Living Economy for a Living Earth”

Legalized Fraud – Magic, ‘Look Yonder’, and Al Capone’s Casino Joint….. all more believable than …. “the majority of an exponentially exploding population on suicide missions demanding less and less economic requirements to sustain life”….. as an explanation for economic downturn.

Magic Money: How “Pump and Dump” Picks Your Pocket
What’s up with money and the markets? And how can you possibly prepare for what’s to come? Check out this user-friendly guide.
“Pump and dump” is a form of fraud that involves artificially inflating the price of an owned stock through false and misleading positive statements, in order to sell the cheaply purchased stock at a higher price. Once the operators of the scheme “dump” sell their overvalued shares, the price falls and all but the initial investors lose their money.
“Pump and dump” is making money on creating and bursting financial bubbles. According to my research, this practice is not only legal, it’s rampant. And this manipulation is not just happening with stocks, it’s going on in all kinds of markets, including with currencies themselves. Meanwhile, the economic sleight of hand reels in vast numbers of believers, risking their retirement funds, their homes, and their lives.

WWW.THRIVEMOVEMENT.COM
.
LET THE FUTURE IN – vacuum tunnels transportation for worms, or swinging vines into space for monkeys is not much of a future  Exploring Energy Evolution

Continued exponential explosion in population growth, as global turmoil rocks markets, and business leaders’ outlooks and hiring plans down sharply. How could there continue to be such a drastic, impossibly berserk contrast between ‘markets’ and ‘population’ in modern times?

The only sane explanation seems to be, people want to eat less and less, while drastically cutting down on survival needs (hygiene, toiletries, ect) with 99% suppression of wants, desires, or luxury items………..“but this totally does not make sense. What other explanation could there be?”

Could the cause be an economic structural design similar to Al Capone’s gambling joint?

AND NOW THEY ARE GOING TO STEAL FROM YOUR 401Ks?

“‘Imperial rulers, whether kings or corporate robots, depend on the obedience of the ruled. Their seemingly invincible power is an illusion. They hold only the power that we the people yield to them. When we walk away from our corporate masters to rebuild our lives and communities, we reclaim for communities and ourselves the fruits of our labor, ingenuity, resources, and vision.”  David Korten

Managing the scales of power and control – the people’s choice – always has been a life or death decision – here, one’s ‘need to know’ becomes fundamental to freedom of choice, and ultimately freedom itself.

America’s CEOs are getting gloomier

With global turmoil rocking markets, business leaders’ outlooks are down sharply, along with their hiring plans

Most workers are making less than they did 5 years ago

A new study provides some evidence, and it points to years of falling wages, especially for workers at the bottom. “McKenna is the co-author of ”Occupational Wage Declines Since the Great Recession,” which found that when increases in the cost of living since the recession ended in 2009 are factored in, wages have actually declined for most occupations. The report also noted that this trend is decades old.

Microsoft to buy startup focused on worker efficiency
Microsoft on Thursday said it was buying a startup that specializes in analyzing email, meeting schedules and other work data to increase people’s efficiency on the job. … more
INCREASE THAT PRODUCTIVITY SLAVES!   WORK HARDER AND HARDER FOR LESS AND LESS, AS THE PROFITS SOAR TO THE INVESTORS.
.
============================================================
.
One must ask, who makes the funding choices of science research direction – what to choose, what to suppress or delay, what to fund, and what not to fund? Secondly, what do the SHEEPLE people want? All the above (representing an ongoing trend decades old)?
This

Reflection on State of the World: As adults, en-mass, dive into Freudian Escape, avoiding dialog and action on threatening issues, questioning who is their Master might be a wakeup call for some. Notwithstanding the majority, with decades of rising costs and simultaneous  wage and benefit cuts, falling into Maslov’s “survival needs” stage, left with little or no spare time to even address their own local conditions  The middle class is struggling in all 50 states, ………….However, without participation, how else can deliberate tactics be addressed and resolved?

“Recognizing freedom is a global power issue” is an entertaining choice of words, but deeply rooted in REAL.

For those that cannot see the deep Energy-Power relationships, molding, uniting physical and mental, science and psych, following is a brief and elementary introduction:

Revisiting the Nature of Power

Germany once made the mistake of turning a blinds eye to the larger picture of reality.

Pollution In China Is Out Of Control: 33 Shocking Photographs

Ancient Wisdom in a Nutshell